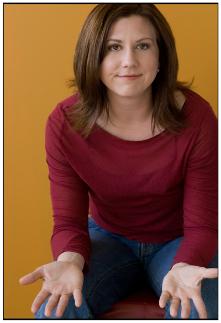 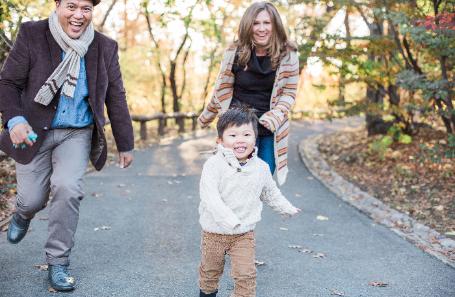 Jenn Remke grew up in Orlando, Florida where she started off her entertainment career as a dancer. She studied tap, jazz, point, and ballet at the Columbus Dance Academy. While attending the performing arts magnet school, Dr. Phillips High School, she changed her focus to theatre and went on to study at the University of Central Florida where she received her Bachelor of Fine Arts. She also studied with the Orlando Shakespeare Festival and Shakespeare and Company.

In Chicago she continued her theatrical career with many off-loop theatre companies. She was a member of Tri- Arts, Euphemism Here Productions and Infamous Commonwealth Theatre and also had the honor of performing with Prop Thtr, The Side Project and Will Act For Food. Jenn thrived in the non traditional theatre, pushing the envelope with such productions as Danny and the Deep Blue Sea set in an apartment.

The Chicago Tribune said “Really: How often does a one-sided thrill ride of ogling come around, the kind where the actors nearly tumble into your lap as they wail the tar out of each other?… The audience files in while Danny and Roberta (the excellent Jenn Remke, with Bambi-soft eyes, slouch posture and street-girl diction) heave under a blanket.

” Time Out Chicago said “But the in-house gimmick is just an added bonus tacked onto the performances of Jenn Remke and Sean Neely, both of whom lose themselves completely in the roles of Bowery-dwelling losers.”

The award winning Infamous Commonwealth Theatre company was where she got some of her most challenging and rewarding roles such as April from Savage in Limbo, Jo in The Lady From Dubuque, Maud and Lin in Cloud 9, Anya in Resort 76, and Rose of Sharon in Grapes of Wrath. Jenn’s performances in Cloud 9 was honored with an After Dark Award for Best Ensemble and Resort 76 for Outstanding Performance.

After Dark sponsors, Gay Chicago Magazine said “Jenn Remke’s portrayal of Anya stands out as a beacon…She achieves the clarity, chemistry and truth of the script with the most impressive level of effectiveness”.

Jenn continued her education in improv and film at Second City, Act One Studios and The Green Room. She was in many student films from Columbia College, DePaul, Northwestern University, FlashPoint Academy and London Film School. She was also in a few mid-western commercials and independent films: most noteworthy Death of a President where she was a protester.

In 2005 Jenn had the opportunity to perform in the New York Fringe Festival as the magician’s assistants in Magician.

Jenn lives in NYC with her husband actor Allen Hope Sermonia (www.allenhopesermonia.com) and their son Felix.
She has performed the role of Lady Macbeth off-Broadway and performed the one person role of The Poet in An
Iliad, being the first female to play the role. While continuing to pursue her film/tv/theatre career she is also a fit
model (size10) and blogs about Romantic Comedies at : http://jennremke31daysproject.blogspot.com.